No fewer than 18 policemen have been kidnapped around Farin-Ruwa junction on Birnin Gwari- Funtua road in Kaduna State.

The security personnel were kidnapped during Highway patrol by gunmen on Friday.

According to Sahara Reporters, the policemen were on transit from Minna in Niger State to Kano State when they were attacked by hoodlums.

About 10 of the police officers, according to report from the area, were rescued by military operatives at Maganda on Saturday.

Haruna said police officers around Dogon Dawa and other nearby Communities had been told of the incident.

“The 18 police officers, who are on surveillance along Birnin Gwari Funtua road, were attacked on Friday. As at the time of filing this report, we could not ascertain the number of casualties. Eyewitness feared that some of the police officers were killed while others are said to be missing in the bush.

“Reports confirmed that two police have called via phone to inform home that they were attacked and that they could not locate their location.

“The bandits who came on several bikes were said to have carted away heavy food commodities and stole many motorcycles. They did not kill anyone. They spent three hours in Damari village without any confrontation by the security.

“Birnin Gwari Emirates Progressives Union begs the government, upon who the protection of our lives and property is reposed on, to sit up and face security issues in Birnin Gwari squarely until victory is ascertained”, according to the outlet.

Spokesman of the Nigeria police in Kaduna State, Mr. Mohammed Jalingo, is yet to respond to the inquiry.

My Husband Wants To Use Me For Ritual – Woman Tells Court 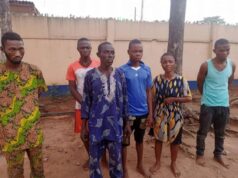 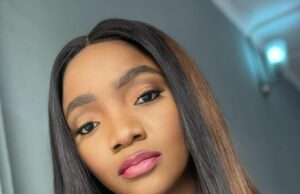 Simi Speaks About The Challenges Of Being A Woman In Music...

Afemai Reporter - March 5, 2021
0
Award winning Nigerian singer, Simi has taken to Twitter to speak up about the challenges female entertainers face in the music industry. A talent manger...

You Have Few Weeks To Secure Nigeria – Buhari Warns New...

Sowore Under Fire Over RevolutionNow’s Call For Buhari’s Resignation