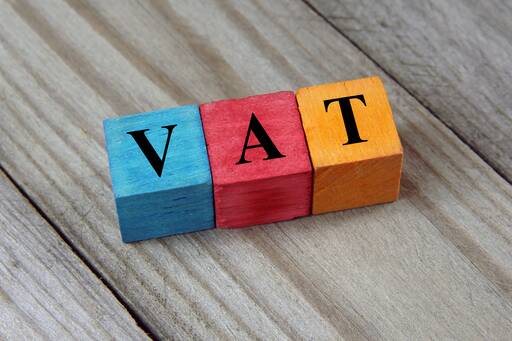 Ogun, Edo, and Akwa Ibom, have said they are ready to enact laws that will enable them to collect the tax in their states.

Some other states such, Ondo, Oyo, and Taraba say they are still studying the ruling of the Federal High Court in Port Harcourt on the matter, while Delta State says it is consulting before it will take a position on the issue.

This is in spite of the ruling by the Court of Appeal sitting in Abuja on Friday that Rivers and Lagos states, which already enacted laws to collect VAT in their states, should maintain the status quo on the matter pending the determination of the appeal for a stay of execution filed before it by the FIRS.

Justice Stephen Pam of the Federal High Court in Port Harcourt, the Rivers State capital, had on August 10, 2021, ruled that the plaintiff, Rivers State, and not the FIRS, should be collecting VAT and Personal Income Tax in the state.

On Monday, the court also dismissed the FIRS’s application for a stay of execution, noting that the law remained valid until set aside by a higher court of competent jurisdiction.

Justice Haruna Tsammani, who delivered the lead ruling of the three-man panel of the appellate court, ordered that the “the status quo ante bellum” be preserved, as it adjourned the matter to Thursday, September 16, to enable the parties to file their response to the application for joinder filed by the Lagos State Government.

Meanwhile, Rivers and Lagos states already enacted their VAT laws, even though some states such as Kogi are opposed to the move.

On Friday, however, the Speaker of Ogun State House of Assembly, Olakunle Oluomo, disclosed that the Assembly had started working on the bill.

He added that the Assembly would resume from its recess to pass the bill, noting that his office was working with the public account and finance committee to ensure the quick passage of the bill.

He said, “We are already working on the VAT law for Ogun State. If not for the recess, you would have seen actions on it but by the time we resume next week, you will see actions on it. The VAT law would have the same treatment as the Anti-Open Grazing Bill. You know we passed our anti-open grazing bill into law on July 8.

“So, following the judgment in Rivers State, we have all agreed that we will use this month to do it. As I am talking to you, the public account and finance committee is on it. We have to bring it into the peculiarity of Ogun State.

“It is not in the character of Ogun State House of Assembly to do cut and paste passage, that is why we are looking at similar laws, like those of Rivers and Lagos states, to come up with our own.”

Similarly, the Akwa Ibom State House of Assembly said it was studying the judgment to enable it to come up with a bill on it.

The Chairman, House Committee on Information, Mr. Aniefiok Akpan, said that the Assembly was looking forward to having a meeting with the chairman of the state Internal Revenue Service, after which it would come up with the bill.

In Edo State, however, the Speaker of the state House of Assembly, Marcus Onobun, said the House will consider enacting a law to enable the state to collect VAT.

“We are on break now, but we will get to work as soon as we resume on September 27 and decide the position we will take on the matter. So, we will consider putting a law in place as soon as we reconvene.”

In Delta State, the Commissioner for Finance, Mr. Fidelis Tilije, said that the state had begun reviewing relevant laws and would soon make an informed decision after serious consultation.

Tilije said, “We are reviewing the laws and the situation and we will make an informed decision after serious consultation and considerations on the issue of VAT.”

The Commissioner for Information, Mr. Charles Aniagwu, added that the state would do what was best for the people of the state.

He added, “The fact is that we are looking at the law to know whether the law allows us to collect VAT. We don’t know yet, any law that we are going to come out with will be in the best interest of our people.”

In Oyo State, the Deputy Speaker of the House of Assembly, Muhammed Fadeyi, said on Friday said the Assembly was studying the judgment.

He said though there was no executive or private bill on VAT before the Assembly, he hoped Oyo State would also join the struggle because, according to him, Rivers and Lagos states took a step in the right direction, especially as such would ensure fiscal restructuring.

He said, “What we are doing is that we are studying the situation carefully and we are looking at the direction of things. I cannot tell you that there is a bill before the House now but we are going to look at the pros and cons of everything.

“For example, I am studying the Rivers judgment and I have had discussions with our commissioner for finance. I am very sure the governor (Seyi Makinde) has spoken with the Speaker concerning the situation.”

In Taraba State, the Speaker of the House of Assembly, Mr. Joseph Kunini, on Saturday said the Assembly was observing developments around the VAT controversy and would take a position after necessary consultations.

Kunini said, “Already, there is a court order overturning the earlier ruling and we would put all of these into consideration and take a stance.

“Our overriding concern is the interest of the good people of Taraba State who elected us to make legislation on their behalf, and that we will do.”

In Ondo State, the Speaker of the House of Assembly, Mr. Bamidele Oloyeloogun, said the Assembly was studying the situation, adding that the outcome of the ongoing legal tussle between the FIRS and the governments of Lagos and Rivers states on the matter would determine the step to be taken by the Assembly.

He added, “We don’t want to rush in and rush out on the matter, which is why we are biding our time. So, let us wait and see what the outcome of the legal tussle will be. We are also studying the VAT law passed by the Lagos State House of Assembly.”

In Cross River State, the House of Assembly said it had yet to take a decision on the matter.

The Deputy Speaker, Mr. Joseph Bassey, said the issue might come up for discussion this week.

He stated, “We have not even started (discussion on the matter), so I can’t speak on behalf of everybody. As an individual, I cannot give my personal opinion. It should be that of the House. By next week we will know.”

Ekiti and Benue states said they were awaiting legal opinion on the matter, while Osun State said it would wait for the Supreme Court to decide on the issue, even though the matter is currently before the Appeal Court.

Bayelsa State, however, said it had constituted a team to study the judgment and that it would take a position later.

The FIRS in a desperate bid to retain the collection of VAT across the country had written to the National Assembly to seek the inclusion of VAT collection in the exclusive legislative list. It also requested the federal lawmakers to approve for it the establishment of the Federal Revenue Court of Nigeria.