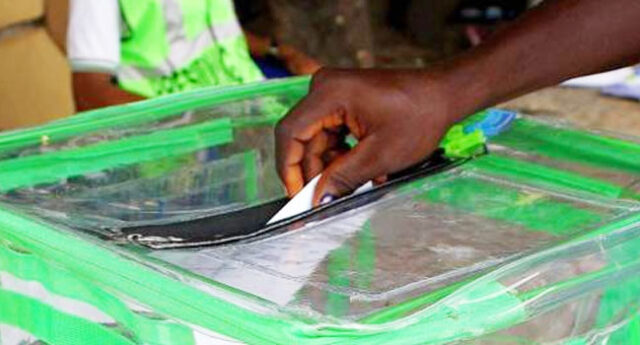 A yet to be identified voter has allegedly been shot dead as hoodlums wielding AK-47 rifles stormed a polling unit at the ongoing house of assembly bye-election in Isoko, Delta State.

According to reports, the unfortunate incident occurred at about 3:15 pm when the armed hoodlums arrived Irri Ward 10, polling unit 5 to snatch ballot boxes.

AfemaiReporters gathered that the election was going on peacefully before the arrival of the thugs that started shooting sporadically to scare away voters from the polling unit.

The victim was allegedly shot by the hoodlums for an unknown reason. Efforts to reach the Delta State Police PRO, DSP Bright Edafe for comments proved abortive as at press time.