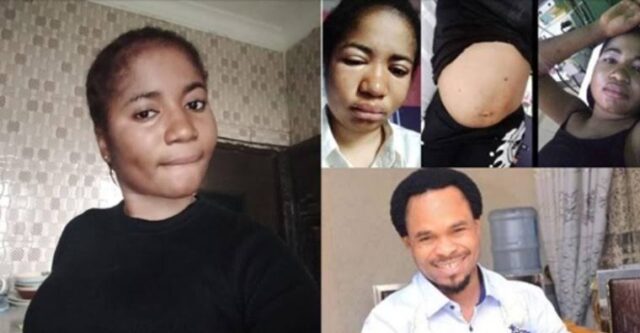 If you have not been seriously sick in Africa and particularly Nigeria, you will not understand what the comedienne called Ada Jesus is passing through. And note, this has nothing to do with whether she is a good lady or not.

In Nigeria, once you are “seriously” sick, the very first thing people will ask is “who did you offend?” Now, the worst is when you have gone to some hospitals for scan or test and they claim not to know exactly what the problem is, people will automatically conclude that it is a spiritual problem and they will further conclude that someone must be responsible for it. They will forget that in the same Nigeria hospital, their “scans” cannot distinguish between Malaria and typhoid not to talk of a “serious” illness.

Till tomorrow, there are people who still believe that someone killed my father. Yet, I have the medical records and autopsy and I know what actually killed him. If he was to be in a hospital outside Nigeria that takes things seriously as it should, he won’t have died.

Pray never to be so vulnerable to the point that you will have no choice but to depend on the decisions and mercy of others.

I have experienced this first hand, and I can tell you this, it is not a good place or situation to be.

They will so convince you on what they have concocted as your problem, and you will begin to believe their lies. They will further tell you the solution to your problem and how pastor so and so has the answer.

They will keep dragging you from one church to another thereby worsening your situation until the pastor whom they claimed to be the “last bus stop” to your problems starts blaming you for what he will call, lack of faith.

They will give you all sort of things to drink, ranging from goya oil down to concocted unknown seeds they call mustard seeds. They will bath you naked in the middle of the night as they whip you with broom sticks in the name of casting imaginary demons away.

Finally, you will die on a situation that is treatable just because you were so unlucky to be born in a backward country and to have people around you who are more mentally sick than they know it.

I know of a sick man in Malawi whom people gathered millions of Kwacha for so he can travel to Nigeria to see TB Joshua for healings. He travelled to Nigeria, unfortunately the prophet was so busy that he did not even see him. The sick man had to return to Malawi because his visiting Visa was expiring. He died few days after. If he had used the money he spent on flight to Nigeria to see a good hospital, I can assure you, he would have still be alive today.

I know some of you will read this and think I am against prayers. Just know that is your own interpretation.

Why is the comedienne taken to Odumeje for forgiveness? Why are they begging Odumeje as though his forgiveness is what will heal the lady physically?

Unfortunately, this is the vulnerability I am talking about. At that point, anything sold to you as the cause and solution, you will see yourself doing it to help your beloved.

Our brand of Christianity is very sickening. A brand that is basically idolatry. A brand taken from African Traditional Religion where the Babalawo is supposed to be feared, where he can condemn you to death if you get him angry or turn you to mosquito if you enter his shrine with sandals. Many ministers in the name of pastors and priests are like this, Odumeje just makes his more obvious.

I will keep saying this until it sinks, Odumeje does not represent Christianity and what Christianity stands for. Stop calling him a Christian Pastor and stop calling where he meets with people church.

For now, if you know Ada Jesus, or you know the Dad, tell him that what her daughter needs is hospital not church. And if Nigeria hospitals are not giving him answers, he should use the energy he is using to beg Odumeje and beg for money from people so that her daughter will join Buhari in UK hospital.

“I Have Zero Sympathy For Single Mothers” – Reno Omokri

Afemai Reporter - May 12, 2021
0
By John Mayaki So far, Edo State Governor, Mr Godwin Obaseki’s answer to the downward spiral witnessed in the state is to construct an alternate...