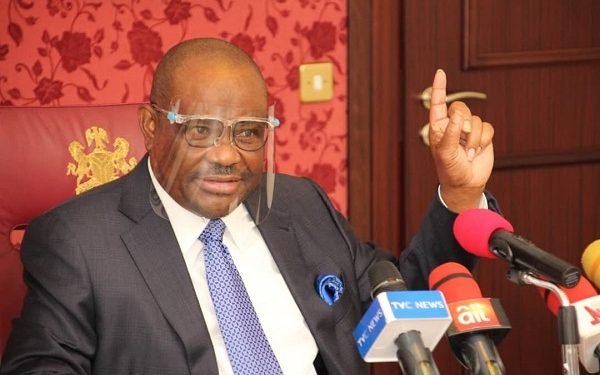 GOVERNOR Nyesom Wike on Monday said he was apathetic to establishment of more Rivers State owned universities because of the enormous challenge of adequately funding such institutions to effectively meet set development objects.

Wike at the flag off of Emohua Campus of the Rivers State University (RSU) in Emohua Local Government Area said he was rather concerned about committing more funds to state’s existing varsities so they can offer needed holistic grooming for requisite man power for the country.

However, a dissenting voice, Enefaa Georgewill of Rivers State Civil Society Organisation (RIVSCO) accused Wike of “expressing hypocrisy” in his disposition on ground that RSU multi campuses the state e has embarked on under Wike amounted to building more varsities in disguise.

Wike had stated, “Why I cannot build more universities is not because I don’t have where to build (site) them. But it is to have the money to fund the universities. The ones we have, we have not been able to fund them.

“If I want to play politics, I can say I want to start University of Engineering. It is easy to say that, but to bring it down to what is truly expected of a university of engineering; to employ lecturers, provide infrastructure and equipment required for modern engineering is not easy.”

He stated that in addition to initiating new Etche, Ahoada and Emohua Campuses of the university, the government has decided to site another campus in Ogoniland.

Reacting to the development, Georgewill said, “Ordinarily, there’s nothing wrong with building more varsity in a populous environment with high level of illiterate citizens. The challenge has always been proper funding of the varsities to meet set objectives.

“It’s equally hypocritical to suggest there are inadequate resources for fund public varsities. Categorically, we have enough to fund our universities if officeholders, government at all levels, reduce their greed and crass corruption in governance.

“Because of corruption, cost of government is so bloated aside the fact that officeholders engage in misplaced projects that filter the commonwealth away on irrelevant projects to the detriment of sound education.

“Instead of expanding development to build new cities, you see governors expending several billions to build very unnecessary flyovers. So government at all levels must minimise political and economic corruption and there would be enough funds to run quality education at all levels to advance the common good.”

Afemai Reporter - June 15, 2021
0
A lady simply identified as Tee has suffered serious injuries after she was allegedly attacked by suspected kidnappers in Lekki, Lagos state on Sunday,...