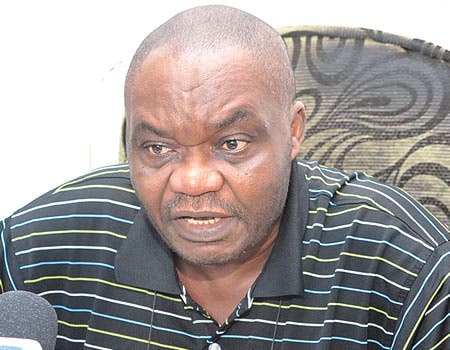 A former Political Adviser to Comrade Adams Oshiomhole and one-time Commissioner for Information in Edo State, Mr Charles Idahosa, on Friday said that reconciling the faction of the Edo All Progressive Congress, APC, which later joined the Peoples Democratic Party, PDP, with Oshiomhole is becoming more impossible unless the former APC National Chairman initiated such a move.

Idahosa, who stated this while speaking with journalists in his Benin home, ahead of his 68th birthday anniversary on September 22, noted that the “brutal” way Oshiomhole executed his onslaught against Governor Godwin Obaseki, while he was seeking a second term under the APC, before moving to the PDP, had made it practically impossible for any meaningful reconciliation unless the former labour leader took the initiative.

The PDP chieftain, who pointed out that he joined others to fight Oshiomhole so that Obaseki could get a second term, added that his position then was not informed by hatred for Oshiomhole or love for Obaseki, “but a decision I took for the dignity of the Edo nation”.

“I am personally not happy because of the whole thing. I am bitter about Oshiomhole because he knew how we fought the late Chief Anenih who was playing the godfather and for Oshiomhole himself to now wanted to be another godfather is what I could not stand. So the whole issue is not about personal things but to preserve the dignity of the Edo nation. I led the fight because we cannot deliver ourselves from Anenih godfatherism to now join Oshiomhole godfatherism. If that had happened, Edo nation would have been in slavery “, Idahosa posited.

While describing Oshiomhole ” as a nice person on a personal level”, Idahosa added that the former APC National Chairman lost it when he “allowed those who could not tell him the truth because of what they wanted to gain to become his advisers”, pointing out the erstwhile labour leader ignored all the pieces of advice he offered so that he could disentangle himself from the hypocrisy of selfish politicians.

He reiterated that Governor Obaseki had the utmost respect for Comrade Oshiomhole, pointing out that the brutal manner the former governor fought his misunderstanding with Obaseki, culminating in the ouster of the governor from the APC, in spite of the directive by the Presidency to Oshiomhole to ensure the governor’s second term, led to the bitterness that characterised the last politicking in the state.

The former commissioner added that he felt personally betrayed that Oshiomhole could divulge a personal discussion they both had on his (Idahosa’s) medical needs at a time, to a third party, who then made it a media issue, adding that even at that, if he should have a chance encounter with Oshiomhole, the issue would be resolved as what transpired between him and the former National Chairman was purely to preserve the dignity of the Edo people.

The Edo South PDP leader noted that those who followed Obaseki from the APC to the PDP at the heat of the political crisis between the governor and his predecessor, did so ” without crossing out ‘is’ and doting out, ‘ts’, hence we are stranded in the PDP, which said it had concluded its congresses before we came and it is for four years “.

He, however, expressed hope that the whole mistrust in the Edo PDP would be resolved as a committee to handle such had been inaugurated, ruling out, The possibility of Governor Obaseki going back to the APC.

“I was sufficiently close to him during the negotiations. I can tell you that he never made any commitment to anybody that he would go back to the APC. Even me, I have asked him if we would not go back to where we are coming from and he categorically said that was not an option”, Idahosa asserted.