Poor bras – they work so hard yet get so little love or appreciation. Just think of all they do for us: lift the girls into place, keep them there, create a smooth line under clothes, keep us from wiggling and jiggling and revealing far more than intended in public…

“I’ve gotten so lazy. I don’t wear a bra anymore. I can’t. I don’t care if my breasts reach my belly-button – I’m not wearing a bra anymore. It’s just too uncomfortable.” Says actor, Gillian Anderson, while hosting an Instagram Live earlier this week.

Followers and assorted Internet people greeted her proclamation with a resounding, “You go, girl!” Many echoed her pledge to leave bras in the BC (before Covid) era. But I’d venture that bras could be the last vestige of before-times dressing I’d be willing to reject.

An Emily Cronin on Telegraph said, “Even in the most depressing days of winter lockdown – the days when I barely changed out of pyjamas – I knew I would be ok as long as I did two things: brushed my teeth, and put on a bra.

“That’s partly because years of wearing the wrong bras showed me what a difference the right bra can make to everything from your posture to the way clothes fit. Clothes, you see, are cut according to patterns that account for prevailing bustline trends and the use of bras.

“I interviewed a costume designer earlier this week whose latest project is a Sixties period piece. She said that getting the undergarments right was one of the most important parts of her job, because without a Sixties bustline (high, separated and pointy), the clothes “just won’t look right at all”. Similarly, unless your boobs stay where you want them without a bra (or the clothes you wear have the type of built-in corseting evident in many of Anderson’s designer gowns), there will be a void, an empty space.

Why Women agreed to stop wearing Bras
“It’s true that this is less of an issue for roomy, stretchy or unisex clothes, like the tracksuits so many people lived in over lockdown. I also understand that for many Gen Z women, bralessness is a feminist issue. It’s a choice that speaks to personal liberation, freedom from patriarchal expectations of women’s appearances, and yes, comfort.

I’d like to hear if they feel the same way once they’ve turned 35. Or breastfed a baby (or three).”

There’s also – whisper it – an inherent boast in any woman over the age of, I don’t know, 20, who publicly scorns bras. Even if she doesn’t mean it as such, it’s a humblebraggy way to say, “I don’t need them.” That she’s unaffected by age and gravity. That she can joke about her breasts reaching her belly-button because (heaven forbid!) she trusts that hers never will.

If you’re one of the lucky few whose boobs stand to attention without a bra, congratulations. For the rest of us, wearing a bra is about comfort, confidence and wanting to look good in our clothes. It’s about not revealing more than we care to at any time.

If a bra is so uncomfortable that you can’t bear to wear it, then you’re probably wearing the wrong bra. Finding a better option takes a trial-and-error approach, or a single fitting at a reputable bra shop (Bravissimo, Rigby & Peller and Marks & Spencer all offer this service).

And there’s never been more choice when it comes to this much-benighted undergarment. Many bras on the market are barely bra-like at all – they’re bralettes, or soft-cups, or ribbed cotton, or non-wired, or racer-backed, or sporty, or more like tight vest tops than scaffolding in satin and lace. As Anderson might say, keep looking: the truth – and the right bra – is out there. 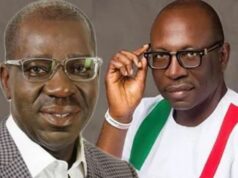