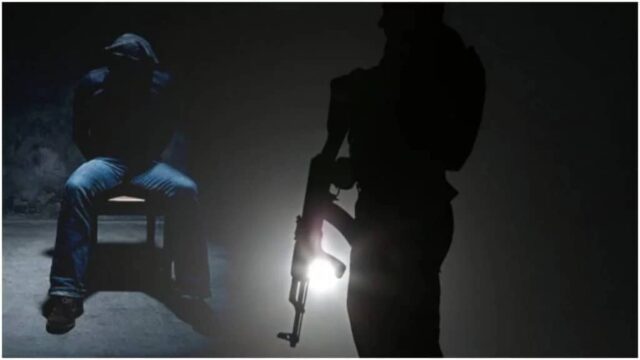 Some suspected gunmen have kidnapped a commercial photographer in Edo State.

The victim, David Iseramenya, was abducted on Friday, 10 September 2021 when returning from Igueben, where he covered a wedding ceremony.

Standard Gazette gathered that the gunmen ambushed him along Benin-Iruekpen-Ehor Road in Edo State.

David Iseramenya
SG correspondent Festus Alenkhe gathered that the bandit forced the vehicle to stop at gunpoint before dragging him into the forest.

An eyewitness whose name cannot be mentioned because of the severity and security concern told SG that he witnessed the incident while on his motorcycle.

He said, “I was riding a motorcycle on the road, and I suddenly saw about eight men dragging a man into the bush. I quickly reversed my motorcycle and escaped. Some of them were even firing gunshots”.

It was gathered that the suspected kidnappers had already called the victim’s wife, demanding five million naira or have him killed within days.

In an audio recording exclusively obtained by Standard Gazette, the wife is heard begging the kidnappers who had disguised its voice to give her more days to sort for the cash.

Mrs Iseramenya, David’s wife, completely in tears, begged her husband’s kidnapper not to hurt him as she had no such amount to pay.

The family is in total panic as the kidnappers threaten to kill their victims if the ransom is not paid in days.

They have warned them not to inform the police as they will know if the police are contacted.

Listen to the audio below