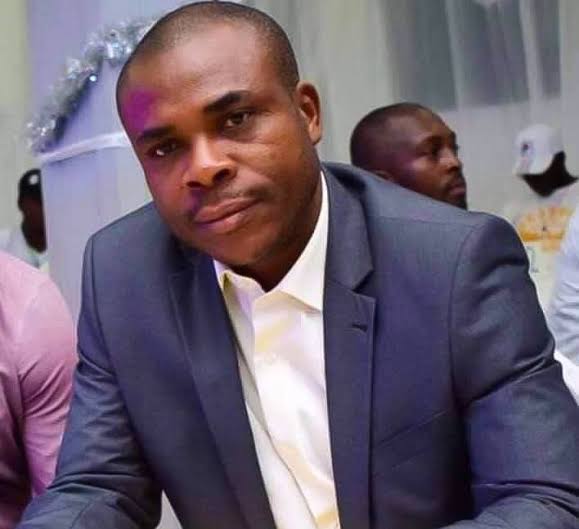 Crusoe Osagie, the erstwhile Media Adviser to Governor Godwin Obaseki and one of the visible victims of the governor’s apparent inability to assembly a cabinet over six months after election, has found his voice again. Naturally, it was patently empty of substance and in defense of a lie.

Governor Obaseki blithely lied to the public that President Muhammadu Buhari ordered the printing of new currency notes, amounting to 60 billion naira, for state governors to share as monthly allocation. It was a wicked and deliberate lie designed to cause instability and ridicule the President and his economic team.

On Wednesday, the Ministry of finance, budget and national planning directly in charge of monetary policies and the management of the federal allocation process debunked the lie and explained, showing foolproof evidence, that the Buhari-administration has only shared earned revenue by federal agencies such as the FIRS and the NNPC. Details of this generated revenue and how it is shared is available to the public on the ministry’s website and even though reasoning and diligence aren’t Obaseki’s strong suits, it is expected that he knows how to power a computer and obtain information available with a few punches on Google. His lie was intentional, targeted and wicked.

Crusoe Osagie also knew it was a lie – and an indefensible one. But he went ahead anyway to offer a defense built on obfuscation and specious arguments incapable of swaying a toddler. If the King is naked, he ought to be told so. But men like Crusoe who are driven by the desperate bid to impress and ingratiate themselves with the Governor in order to find favor if and when he finally decides to perform the basic governance function of assembling a cabinet lack the strength of character required for speaking the truth. For them, the pull of the stomach is too strong. And so he puts forward a hasty statement meant to deflect attention and downplay the vicious and repeated attacks on President Muhammadu Buhari by Mr. Obaseki.

Unsurprisingly, as a man of limited wits, Crusoe resorted to the tortured and tired ‘Godfather’ narrative that he sang like a song with the encouragement of his boss in their first four years of failure. Even to those who share his partisan leaning, not least the people of Edo State, Crusoe Osagie sounds like a broken record. His reputation is that of an uninventive man lacking original ideas and summarily incapable of covering the shame of their stripped king. Little wonder then that the campaign for him not to return comes from the same camp he shares.

He gave vent to the internal turmoil he is suffering and his desperate eagerness to impress, and thus let slip the forewarned plan of the evil attack the Obaseki-administration is plotting against me in the puerile quip he brought forward. Being on the receiving end of relentless attacks by the Edo State Government led by Obaseki is neither new nor unprecedented. For years, they made me the subject of attacks of various dimensions, including a well-funded media campaign in the online and conventional media to soil my image. My only crime is that I dared to hold Obaseki to account and demanded answers to the promises he made that have all gone to ‘voicemail’, such as the GeleGele Seaport, 200,000 jobs, mini-stadium in all wards of the state, etc.

But the nature and intensity of the planned attack this time are different. It has peaked on both the brazen and pathological. Using the same script deployed against other leading dissenters in the state, they are claiming and spreading the unfounded and ridiculous lie that I was the beneficiary of a government property, which they claim I’ve now sold, all in an attempt to stage a show-trial and attempt again to confine me to illegal incarceration, as they have done to other critics.

In Edo State under Obaseki, informed critics and hardworking market women are in prison while thugs rule the streets. That is the summary of the ‘MEGA’ plan he could not copy successfully. He resorted to cheating by bringing in a textbook during an examination, but still managed to fail.

Of course, there is no iota of truth in this freshly-concocted allegation against me. Any possession to my name in Edo State, and outside of it, is the product of decades of tireless professional service, the records of which are in the public domain. It is shameful that Crusoe Osagie, who self-styles himself a Pastor, has once again elected to be the mouthpiece of another evil and demonic lie. But is anything more to be expected from a man who was accused by his fellow attack-dog of cornering Obaseki’s eleventh-hour mass hiring of online vuvuzelas in the weeks leading to the election and corrupted the unreasonable and costly hiring by introducing nepotism and stealing slots for members of his immediate and extended family. Perhaps he views the government as a poverty alleviation scheme and gateway to riches for the families of those who serve in it.

Because they are predictable, I know that the next stage in this latest attack will be to issue a purported ‘legal invitation’ as an attempt to lure me into their trap and put me out of circulation. No one is deceived – or amused – and their evil intention is clear to all, particularly the people of Edo State. They know it is not a coincidence that Obaseki suddenly woke up to go after the possessions and businesses of a well-defined and targeted set of people who all happen to be opposed to his amoral politics and at the time they made their opposition public. Their regret is that this brutal and conscienceless campaign of intimidation and suppression has come at the expense of true governance, a fact made all the more obvious by the lack of a cabinet over six months after the election, and decaying infrastructure in spite of the rising state debt toll.

It smacks of hypocrisy, therefore, for a man like Obaseki to smear and attack the President on the false charge of “using all sorts of weapons like security agencies, unequal access to federal resources” to intimidate the opposition” as alleged in the PDP Statement Obaseki assented to. Crusoe’s statement tried to severe him from the statement and that places further question marks on Obaseki’s loyalty to his party when all he does is play fast and loose with his culpability in joint actions. Everywhere he goes, Obaseki reveals himself as a modern-day Judas and a polarizing figure. In any case, the lie was exposed and contradicted in the same Crusoe statement even their irrational and disguised hatred for the President blinds them to the contradiction. In the opening paragraphs, Crusoe attested that the President did not deploy the “federal might” or intervened in the Edo governorship election to give either side an undue advantage. That is an eloquent argument of the President’s respect for our democracy and the rule of law.

He had no explanation though for the more direct attacks launched by Obaseki against the President, including that he was printing money in a carefree manner. Shamefully unaware of the basic logic of proof which holds that the burden of proof is on the person who asserts, Crusoe Osagie reverses logic and demanded that we, the public and victims of Obaseki’s malicious lies, prove his case. Regardless, the Finance Ministry has quashed the sad lie, revealing in the process the length unpatriotic leaders like Obaseki will travel to undo progress in the country just to embarrass the President. What next, Crusoe Osagie?

Men like Crusoe Osagie who sacrifice their integrity to worship and be in the good graces of tyrants have a well-documented end. Today he displays glee at the victimhood of others by the heartless man he serves and defends his oppressive tendencies. He should be reminded that there is enough injustice to go around and those who foolishly sought power by riding the back of a tiger often end up inside.

Mayaki is an Oxford and Cambridge University-trained entrepreneurship, leadership and sustainability expert and a Professional Consultant on Communication, Management and Strategy (Chattered Management Institute, England). 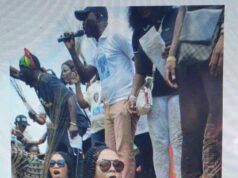 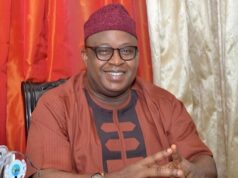