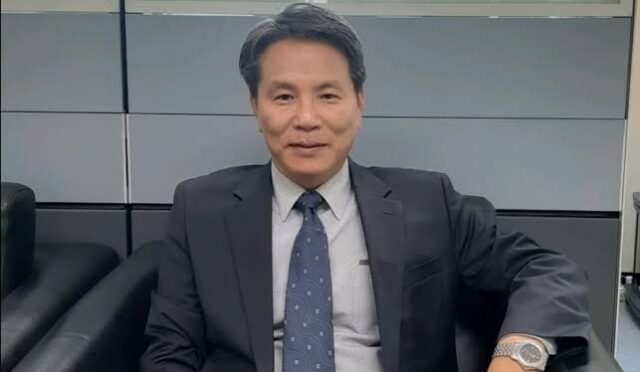 Nigeria has been advised to tackle its security challenges internally, as they were ‘mere family affairs.’

The Ambassador of South Korea to Nigeria, Kim Young-Chae, who gave the advice in Abuja, held that the insecurity facing the most populous nation was akin to a family disagreement that does not require the intervention of the international community, but regional cooperation.

His words: “Security is a very sensitive issue. I know everyone is concerned about the insecurity in Nigeria but it is Nigeria’s internal issue. It should be discussed among Nigerians. If another country engages Nigeria, that is another issue entirely and that would be considered an international issue. To solve the problem, Nigeria needs international cooperation mainly with its neighbouring countries to enhance its internal security. Nigeria must cooperate with Chad, Niger and other neighbouring countries to ensure cooperation.

According to The Guardian, the envoy, who stressed the need for the military to be professionalised, described the Army as the centre that holds the society together.

He went on: “In South Korea, we have a very strong defence which is rated number six in the world. The military is very dedicated and there is little or no corruption in the system. The military is the centre that holds the country together. If the military is corrupt, there is a high possibility that the whole country will be corrupt. Discipline and dedication are key in building a stable and efficient military.”

The diplomat said both nations were on the verge of sealing a defence and intelligence-sharing pact.

He explained that the Asian country had established the office of a defence attaché in its embassy to strengthen cooperation between the two nations.

Young-Chae further revealed: “To have defence information sharing, both Nigeria and South Korea need to sign some documents. Defence authorities of both countries need to sign the documents which our Defence Attaché is presently working on. We are going to invite Nigeria’s Minister of Defence to South Korea to concretise this cooperation.

“South Korea embassy in Nigeria now has a defence attaché, who has been building relationships in the country. This is the first time South Korea is establishing a defence attaché in a long time in Nigeria. We are making contacts with the Nigerian Army, Navy and Air Force to extend our defence cooperation not only in terms of training and education but intelligence and information sharing, among other defence pacts.”

The ambassador lauded Nigeria’s efforts at curtailing the spread of COVID-19, stating that the African nation was doing all the right things to keep infections low.

Young-Chae, who decried the trade volume between both countries as ‘very low’ at $1.2 billion last year, blamed the development on the free-fall in oil price at the international market and the ‘unfriendly’ nature of Apapa port.