A Nigerian man has suddenly developed amnesia shortly after paying for a new apartment in an undisclosed location.

In a post many people have ascribed to juju, the young man known on Twitter as Shina Ayomi revealed that he paid the rent and agreement fee for the apartment he intended to move into but bizarrely, he can’t remember where the house is located.

According to him, when he was finally ready to pack his belongings and move into the new place, he could no longer remember the direction to where the house is located.

Taking to Twitter, he wrote; ”I don pay house rent and agreement fee

Social media users suggested that he places a call to the caretaker, but Shina revealed that the caretaker’s mobile number is not going through. 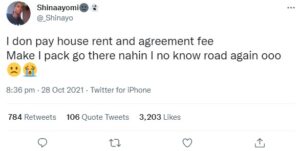 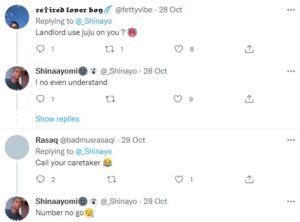