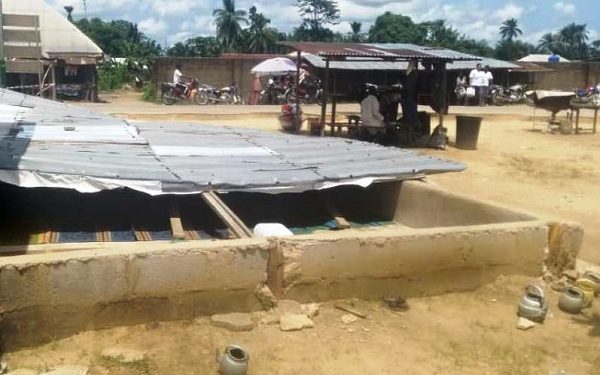 There was palpable fear on Tuesday morning in Ikot Offiong Mbai community of Akpabuyo local government area in Cross River State when irate youths destroyed an Islamic worship centre in the area.

Muslim faithful in the area, who spoke with The Nation, expressed surprise over the incident.

They noted they have been living in the area for several years without any clash or conflict.

A Muslim trader said the youths “came in three motor cycles and a vehicle. They came down and destroyed the worship centre and left.

“They did not attack any of us. What they only said to us was that we should go and see the local government council chairman.”

The Nation gathered the council boss, Mr. Emmanuel Bassey, on Monday summoned a meeting to discuss the disturbing security situation in the area with militants kidnapping and robbing residents.

Concerns were said to have been raised at the meeting presided over by the chairman over the influx of Fulani men to the council.

Bassey confirmed he summoned the meeting but denied a decision was taken to attack any worship centre.

“How could I have encouraged such? We can’t go and create problems that we are still trying to address and reduce,” the Council boss said.

He said the meeting was attended by Divisional Police Officer (DPO) of the area, paramount ruler of the local government, community leaders and a host of other stakeholders.

The Nation gathered concerns were raised in the meeting about the worship centre constructed three years ago by military operatives stationed at the popular Maternity junction in the area.

They were often joined by many other Islamic faithful in the local government area for prayers.

The operatives however left the station a week ago for unknown reasons.