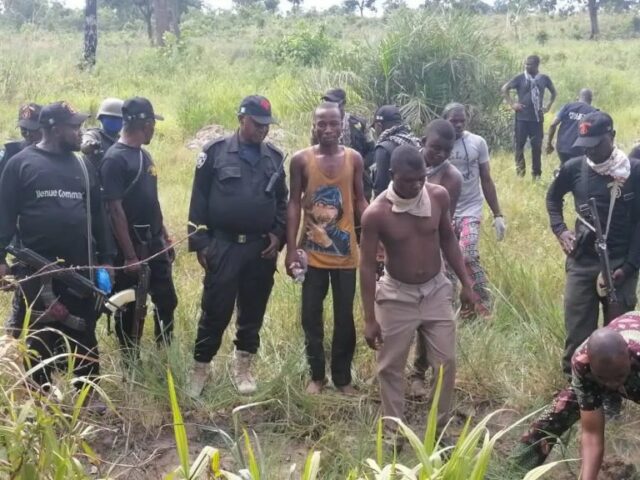 The Police in Benue State have uncovered yet other secret graves in the Kastina-Ala Local Government Area of the state.

Reports has it that similar discoveries occurred in ZakiBiam town of Ukum LGA of the state in October 2019 barely three weeks after police first unearthed the mass graves of many people killed and buried by suspected ritualists in the Ushongo Local Government Area.

The latest discovery however followed the arrest of two notorious criminal suspects allegedly loyal to Azonto, the second in command of late gangster, Terwase Akwaza, popularly known as ‘Gana’ by the Police special squad – Operation Zenda in a Katsina-Ala suburb.

Witnesses gave the names of the duo as Aondoaseer Terseer referred to as Bob Tsetse, 23, and Orkashima David, 22, popularly called ‘Cash money.’

The witnesses said that the two were among those who over the years terrorised the communities of Mbamon, Tavachan, Michiche Council ward among others in Katsina-Ala LGA but fled the vicinity when security operatives began to close-up on them.

Council chairman of Kastina-Ala, Alfred Atera, told our correspondent by telephone that the two suspects were arrested in Illesa in Osun State and brought back to Benue.

Atera said that the suspects, on Monday, led operatives and the local government officials to scenes of their atrocities committed in Kastina-Ala.

“They (suspects) confessed to having killed nine people.

“They were fetched from Illesa where they fled after committing atrocities in Benue.

“They were brought in yesterday (Monday) by Operation Zenda led by CSP Gberindyer,” the council chairman said.

Other witnesses told Daily Trust that the two suspects, secondary school drop-outs who are members of a 10-man criminal syndicate, led the security operatives to unearth so far six decomposed human bodies including three males and three females, among them their wives who they eliminated between January and April 2021 respectively.

The witnesses also listed the names of the dead bodies exhumed from the dry wells as, John Nyitamen, Catherine Akiishi and Aondover Fidelis as well as another one whose name was not known.

It was gathered that the suspects confessed to have killed their wives with one of the duo, Bob Tsetse, narrating that his wife died after a wood he threw at her pierced her neck mistakenly during a quarrel while the other, Cash money, explained that his father instigated him to kill his wife because she was plotting to call security agents and set his house ablaze.

Cash money confessed to having gotten rid of his wife with the help of his two other gang members who also assisted him to bury the woman in a shallow grave.

It was learnt that the suspects have mentioned the names of their accomplices just as they claimed that four of the gang members have been eliminated.

When contacted, the Police Public Relations Officer, DSP Catherine Anene, confirmed the development to our correspondent by telephone but said she was yet to get details of the matter as the operatives were still at the scene of discoveries at the time of sending this report. 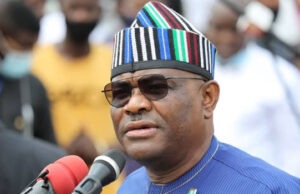