The Federal Government has approved the deployment of additional 6,000 Soldiers to Zamfara State in an effort to ensure a lasting peace to the state.

The state governor, Bello Mattawalle disclosed this on Tuesday in a state-wide broadcast on the current security challenges in the state, NAN reports.

Mattawalle said the federal government had given an “ultimatum of two months within which any recalcitrant bandit should repent and embrace peace through the state peace dialogue.”

He further warned politicians against utterances capable of causing setback to the state peace process as government would no longer condone any act of sabotage.

After a week of abduction, the bandits had released the students. 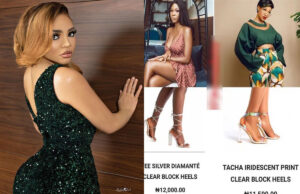 ‘She Will Surely Cash Out’ – Fans React As Nengi Names...

Afemai Reporter - April 20, 2021
0
Nigerians have expressed excitement and goodwill after reality star, Nengi Hampson to named her new shoe collections after some of her favourite Big Brother...

Never Marry When Broke Even When He’s Rich” – Alex Unusual...