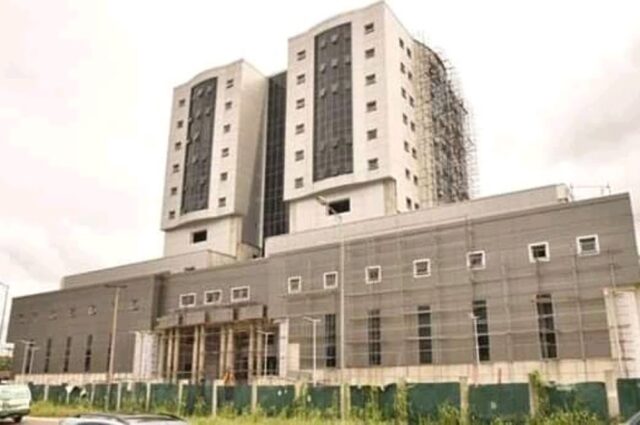 The new office complex of the Niger Delta Development Commission (NDDC) is worth N16billion, but the interior has no furniture yet.

President Muhammadu Buhari will on Thursday inaugurate the complex on Thursday.

Niger Delta Minister, Godswill Akpabio, made the announcement while briefing newsmen in Port Harcourt on Tuesday.

Akpabio said that the building which started in 1996 witnessed slow pace of work until Buhari’s intervention in 2019.

“The road to completion of the over N16 billion NDDC office edifice started when I visited the building in 2019 and learnt that the project commenced 25 years ago in 1996.

“After the visit, I briefed President Buhari and told him that we can make the building the focal achievement in his effort to reposition NDDC”, NAN quoted him as saying.

Akpabio said that although the building had been completed he would still meet with the Federal Executive Council to approve a contract for the furnishing of the entire office space.

The minister criticized past NDDC administrations and boards for allegedly failing to complete the office.

He added that for over 15 years, the NDDC’s old office was not connected to the National Grid (public electricity).

The minister linked the situation to previous management preference for purchase of diesel to power generators.