Indications emerged on Friday that former Vice President Atiku Abubakar would vie for the Nigerian presidency in 2023.

Atiku lost to President Muhammadu Buhari in the 2019 election.

He was also defeated by Buhari in the All Progressives Congress (APC) presidential primaries ahead of the 2015 election.

In a leaked memo to the Peoples Democratic Party (PDP) and seen by Ripples Nigeria on Friday, Atiku declared his intention to vie for the nation’s highest political office in two years’ time.

In the memo dated June 29, 2021, the former Vice President expressed gratitude to members of PDP for their role in the 2019 elections and urged the party to gear up for the 2023 elections.

He noted the party was now better equipped than it was during the last presidential elections, and urged the party members to team up towards a new political and economic order that would radically reinvent the country.

The memo read: “It is with utmost respect that I convey to you, my deep appreciation and profound gratitude for the overwhelming support and massive electoral votes cast to support our party, the People’s Democratic Party (PDP), and my candidature for the President of the Federal Republic of Nigeria during the 2019 general elections.

“Now, we are better equipped, and all our compatriots must team up today towards a new political and economic order that should radically reinvent our beloved country.

“We are fully prepared to work in synergy to restore hope, pull Nigeria back from the brinks and relive the patriotic spirit of our founding fathers! I believe that together we would rebuild our broken fences, mend our cracked walls, restore hope, and return Nigeria to the path of greatness again. Surely, we can, and we must.”

He insisted that PDP lost the 2019 presidential election because of the massive fraud perpetrated by the APC.

Atiku dismissed insinuations that he had abandoned the party after his defeat in the 2019 presidential election, saying he had been in Dubai, United Arab Emirates (UAE), equipping himself with skills to fix the country’s challenges.

“Several persons, particularly associates and compatriots may have felt frustrated, some have even privately expressed so, while others have publicly complained that we have left them without leadership guidance democratic forces who have visited severe stress on our political economy. I concede that individuals are justified to hold such opinions and even more. But they are not entirely correct.

“I assuage these feelings. Yes, I may have been apparently out of regular physical presence in Nigeria. My absence was not completely deliberate. Rather, it was strategic, as I have kept close contact and monitored events in our polity, reviewing and studying the changing dynamics.

“In addition, I also tried to undertake personal educational improvement, equipping myself with new knowledge, capacity, and skills that would methodically review the appalling situation. Our nation is indeed in the intensive care unit and would require delicate surgical procedures. We are all members of that surgical team,” the memo added. 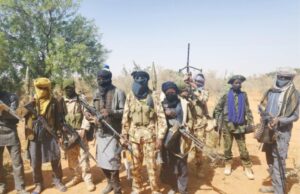