The President, North Central Muslim Peace Initiative (NCMPI), Alhaji Saleh Zazzaga, has raised the alarm that silent killings are ongoing in some parts of Plateau State.

He urged the security agencies to step up their watch and ensure the protection of lives and property in the crises-laden state sharing borders with Kaduna State on the South.

Zazzaga, who spoke to newsmen on Friday, said religious leaders, Christian and Muslim clerics alike, should wake up to their obligation and ensure that peace return to the state since their followers believe in them and do whatever they admonish them.

He urged the security outfit to manned their personnel along all the flash point areas and junctions in Jos-Bukuru metropolis (which they, the security agents, already know) so that criminals and hoodlums don’t continue attacking innocent citizens in whatever guise.

He commended the Plateau State Governor, Simon Lalong, for his effective intervention aimed at nipping the violence in the bud, stating that without the intervention and other measures taken, the crises would have spread more than it did.

Zazzaga called on all the community leaders, traditional rulers and peace loving residents to expose those taking laws into their hands and perpetrating violence in their areas/communities because in the event of security clampdown on such community/area, many people would bear the brunt. 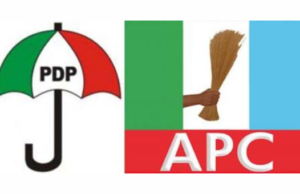 Afemai Reporter - September 18, 2021
0
A Chieftain of the Peoples Democratic Party (PDP) in Bayelsa State, Chief Perekeme Kpodoh has described as “laughable” and “self indicating” the claims by...