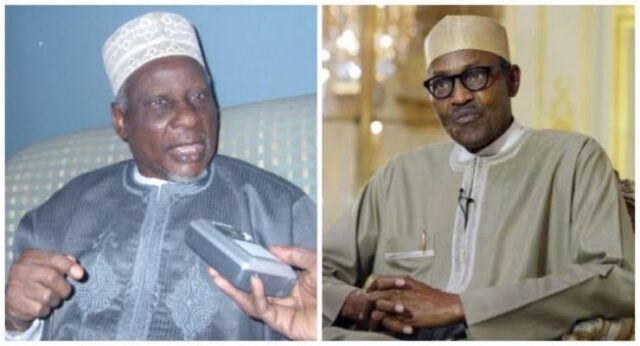 He said that Buhari only presented himself for election “to have power and make money.”

Yankasai who made the statement in a chat with Sunday Tribune asserted that Buhari’s incompetence is evident in his failure to develop a programme that will aid in tackling the country’s challenges. He described Mr Buhari’s election as the greatest mistake made by Nigerians.

Yankasai, 94, said he has always opposed Mr Buhari’s regime “because I knew he could not solve our problems as a country. The capacity is not just there,” while stating that he “would join efforts to look for somebody who can solve our problems.”

The elder statesman believes that Nigeria’s problems cannot be solved until there are key strategies put in place.

“Nobody can solve Nigeria’s problems until there is a programme for solving the problems,” he said, adding that “Many now want to become president because they want to have power and to make money.”

“Such people can’t solve our problems or the problems of any country. Only people who put their minds to the problems can solve such problems. If we want to develop agriculture, we must have a programme that solves the problems in that area,” he added.