Controversial journalist, Kemi Olunloyo has offered a piece of advice to young people who are considering marrying outside their tribe.

The self-proclaimed investigative journalist took to her Twitter page to state that marriage is a scam.

The social commentator further said that although she has never been married, it is advisable for anyone interested in marriage to choose a spouse from within their tribe. 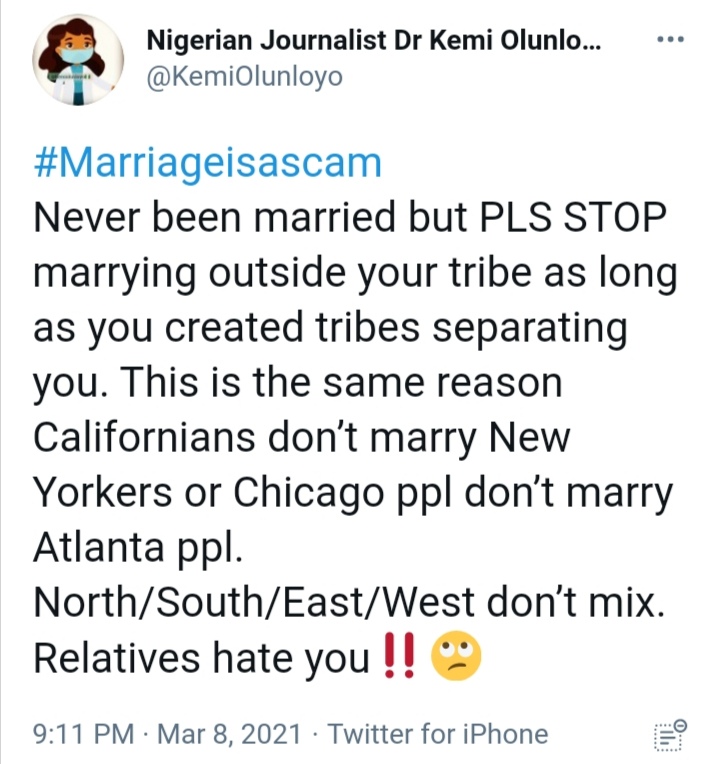