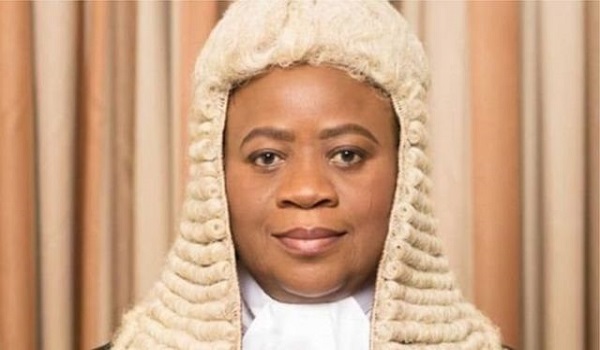 President of the Court of Appeal (PCA) Justice Monica Dongban-Mensem on Monday painted a grim picture of the welfare and remuneration of judicial officers and court staff in the country.

The PCA expressed concern about the inadequacy of budgetary allocation to the Judiciary, which she said, was hampering the capacity of the court to effectively discharge its constitutional responsibilities.

In her remarks at the opening of the 2021/2022 legal year of the Court of Appeal, she noted that “the Judiciary is really in a very bad shape,” and called for urgent intervention of the relevant government agencies to improve on the current state of affairs.

Justice Dongban-Mensem urged the Attorney General of the Federation (AGF) and Minister of Justice, Abubakar Malami, Minister of Works and Housing, Babatunde Fashola and his FCT counterpart, Mohammed Bello (who were at the event) to help put in words in favour of the Judiciary when the issue gets to the Federal Executive Council (FEC).

She noted that although the Judiciary is deemed independent, the President remains the head of all the government, and “so, we will appreciate that he is duly informed of our predicament.

“The salary structure for judicial officers and staff in Nigeria has consistently ranked poorly when compared to that of their counterparts in other African and commonwealth countries.

Read Also; FG actions may compel us to go on strike again, says ASUU
“The last time salaries of judicial officers were reviewed in Nigeria was via the Certain Political, Public and Judicial Office Holders (Salaries and Allowances, etc.) (Amendment) Act, 2008, which came into force on February 1, 2007.

“We therefore call upon the Federal and State Governments to live up to their obligations under the law.

“I also implore the governments of the federation and states to urgently review the salaries and allowances of judicial officers and staff.

“The salaries of Justices are static with no graduation as in the civil and public service. We have been on one salary grade for over ten years now.

On the effect of inadequate funding on her court, the PCA noted that the Court of Appeal is currently plagued with aged, deteriorating houses.

“The reason is not far-fetched. Most of the houses the Justices occupy are in fact older than the Court of Appeal being houses donated by the then regional authorities.

“These structures are overdue for replacement. Alas, the Court of Appeal has very meagre budgetary allocation which cannot sustain the development of new infrastructures being all drawn by repairs of the ancient buildings.”

Justice Dongban-Mensem said in spite of the identified challenges, the court improved on its performance in the previous year.

She said with the current increase in the number of the court’s Justices from 70 to 88, more would be achieved this year.

In his remarks, Malami assured judges that the Government was working to improve on their welfare and remuneration.

The AGF said a committee set up by the President was already working on improving the welfare of judicial officers and court workers.

He urged them to continue to protect the integrity of the Judiciary to retain public confidence in the system of justice administration.

Malami saird: “I respectfully urge My Lords to maintain the sanctity and credibility of the court, and to ensure that the sacred integrity reposed on Your Lordships remains unshaken at all times in order to foster and promote public confidence in all rulings that emanate from this court.

“Your resolved as a temple of justice in ensuring that justice is not trivialized to a common bargain and is in effect accessible to all is highly commendable.

“I hereby also extend a call of solidarity, reverence and respect for the courts and court processes, to all our learned distinguished colleagues here present to ensure that justice is not trivialised to a commodity bargained for and taken by the highest bidder, at the detriment of the indigent who for want of equal bargaining power, wallow in the shadows of judicial neglect.

“Uniformity, consistency and universality of judgement and rulings in the face of judicial precedent is an exceptional value of our judicial system that we must at all times strive to uphold as a way of upholding the sanctity of the judiciary in re-enacting the confidence of the common man in our judicial system.”

The President of the Nigerian Bar Association (NBA), Olumide Akpata expressed discomfort about the role played by some lawyers and judges in the cases of arbitrary issuance of conflicting ex-parte orders.

He said: “In more specific terms, it is particularly disturbing how politicians, aided by the conduct of some of our colleagues, appear to be bringing disrepute to the hallowed chambers in their battles for political supremacy.

“Their target is to make a mockery of an institution that must always inspire confidence, trust and fairness. In particular, what may appear to be the ignoble roles and potential judicial rascality of some of judges in the internal political crises of a major political party and the primary elections of a state few weeks ago, were eyesores better imagined than experienced.

“We woke up nearly every day to the news of another order on the subject of the leadership of a political party in a manner that smacked, not only of the possibility of forum shopping, but also of suspected compromise of such mushrooming injunctions.

“At this juncture, I must say and boldly too, that the blame does not only rest at the desk of the judex; some senior members of the Bar also allowed themselves to be used as purveyors of abuse of court processes and perversion of justice,” Apkpata said.

Represented by Yakubu Maikyau (SAN), Akpata said the NBA has constituted a committee headed by Babatunde Ajibade (SAN) to identify and recommend appropriate punishment for any lawyer involved.

“On the part of the Bar Association and irked by this burgeoning crisis, I was constrained to issue a stern statement calling the Bar to order and setting up a committee to investigate the involvement of lawyers who may be found culpable for such infamous and unethical conducts.

“We will continue to provide our support and solidarity against invasion by any marauder.

“This we have done by tasking the Dr. Babatunde Ajibade, SAN-led committee to identify and recommend the appropriate disciplinary measure to any legal practitioner who, either directly or indirectly, brings disrepute to the legal profession.

“For the avoidance of any doubt, the NBA unequivocally abhors any attempt either directly or indirectly of any of its member(s) or indeed, politicians who attempt to ridicule the profession or indeed and by extension, undermine the justice system in Nigeria.”

Akpata urged the Judiciary to do everything within its powers to forestall future attempts to ridicule the nation’s justice system, noting that “it is a call that is manifestly tied to our collective peace and survival as a nation.

“My Lords, will litigants desist from these ignoble conducts? It is respectfully most unlikely. It therefore behooves on Your Lordships to guard your respective doors against invasion by perverts.” 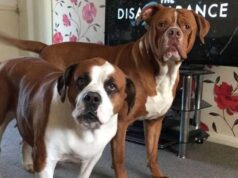 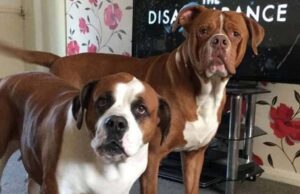