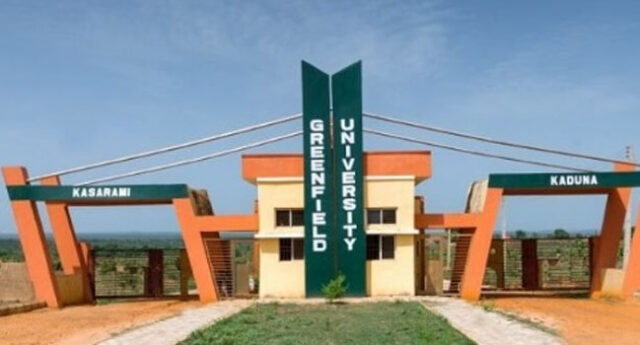 Bandit leader has said that the N55 million ransom paid for the kidnapped Kaduna University students is insufficient.

In an interview with Voice of America’s Hausa Service, the bandits issued the most recent warning.

The infamous bandits who kidnapped Greenfield University students in Kaduna State have reported that they have obtained N55 million from the abducted students’ families, but that the money has already been spent. If the Kaduna State Government or the victims’ families do not comply with the bandits’ demands, the remaining 17 students will be killed. On April 20, 2021, the university’s students and three employees were kidnapped from the school campus along the Kaduna-Abuja highway, with five of the students killed so far.

In an interview with Voice of America’s Hausa Service, the bandits issued the most recent warning.

Sani Idris Jalingo, a leader of the bandits’ gang, said the remaining students would be killed if the Kaduna State Government or their families refused to pay a ransom of N100 million and provide them with ten brand new Honda motorcycles by Tuesday.

According to Jalingo, he has 17 students in his care, 15 females and two males. Among them, he says, is a grandson of the late 18th Emir of Zazzau, Shehu Idris, whom he refers to as Hamza. The bandits announced that the students’ families had already collected and paid them N55 million, but that the money had been used to feed the students.

He declared that this was his final notice, and that if the government or the families of the students did not comply with his demands, all of the students would be killed. “You’re speaking with the Greenfield students’ kidnappers.

We heard the Kaduna State Governor say he would not pay a ransom to bandits in order to buy more arms,” he added. When asked if he considers himself a terrorist, Jalingo laughed and replied, “I’m just a food seeker.”

“If they do not carry N100 million and 10 brand new Honda motorcycles known as Boko Haram by Tuesday,” the bandit warned, “I can assure you they will use trucks to evacuate the bodies of the remaining students.”