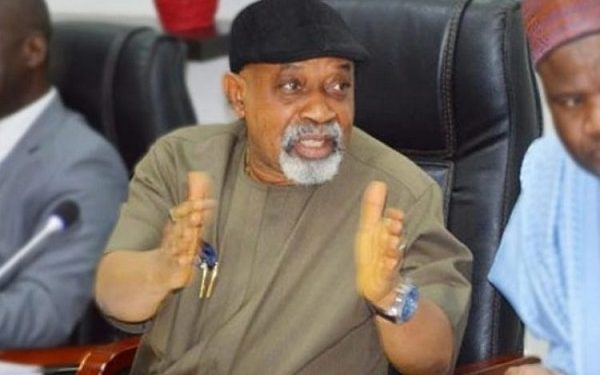 Chris Ngige, the Minister of Labour and Employment, has said no president would tolerate what Nigerians are throwing at President Muhammadu Buhari.

Ngige said Nigerians see Buhari as a “willing horse” to be ridden to death.

Speaking on Channels Television, the Minister claimed that former Presidents Olusegun Obasanjo and Goodluck Jonathan would not tolerate some of the criticisms thrown at Buhari.

He also dismissed claims that Buhari was fond of flouting the rule of law.

Ngige said the President was afraid of breaching any of Nigeria’s laws.

“Buhari is a democrat and is so afraid of a breach of the constitution or any law. I am even stronger than him in terms of that.

”Even President Obasanjo, can he give you people this latitude? He will not. I know him. Even ex-President Goodluck Jonathan will not allow such.

“They will not grant you people that. So, Buhari is a willing horse and Nigerians want to ride him to death.”